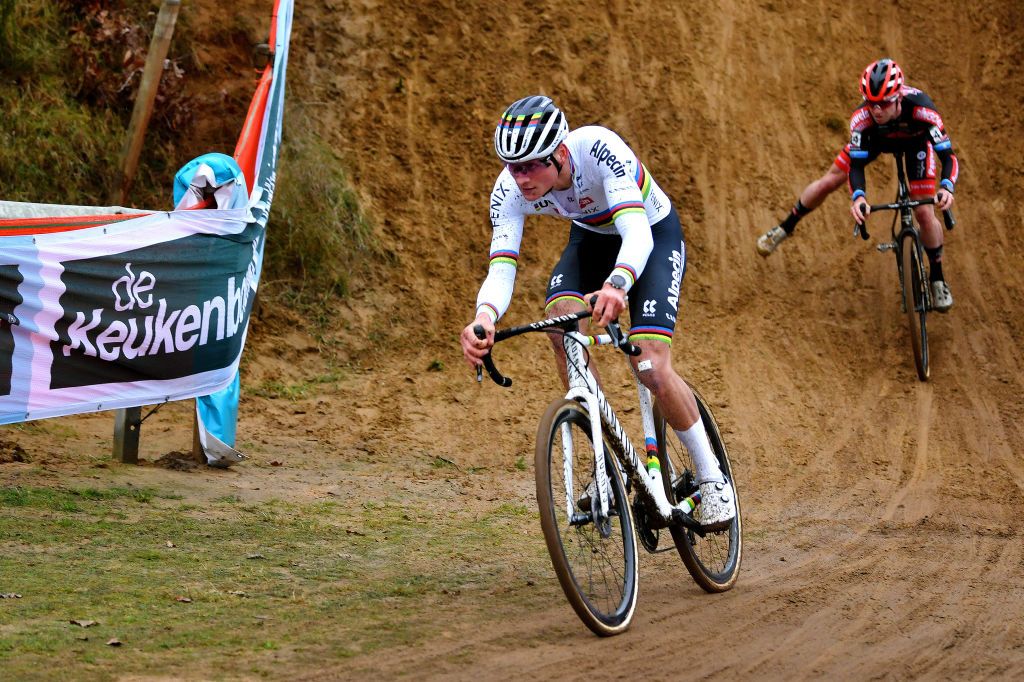 Mathieu van der Poel has returned to training following a flare-up of his back problem during the Heusden-Zolder Superprestige round last Monday.

The Dutchman pulled out of the cyclo-cross race, his second of the season after the Boxing Day World Cup round in Dendermonde, after a recurrence of the back pain that has dogged him since May.

Saturday saw him log a 60.96-kilometre ride north of Antwerp in Belgium, with the 26-year-old completing the flat ride in an hour and 50 minutes according to his Strava statistics.

It’s unclear when Van der Poel will be able to get back to racing action, though returning to the bike days after being diagnosed with swelling on an intervertebral disc in his back is a positive sign.

On Friday, his Alpecin-Fenix team boss Christoph Roodhooft said that Van der Poel wouldn’t race until he was free of pain, noting that they are waiting to see how the situation develops before committing to further cyclo-cross racing this season.

Van der Poel has already missed Thursday’s Azencross, which was previously on his schedule, and will not line up at today’s World Cup round in Hulst either. He was set to ride five races throughout January in the build-up to the World Championships at the end of the month, though his remaining ‘cross schedule is as yet undecided due to his injury.

He has suffered with the pain on and off since a MTB World Cup round back in May, and later in the season missed the MTB World Championships and the Benelux Tour because of it. Following the end of his road racing season, he spent four weeks off the bike in a bid to solve the issue, though with the pain returning last week it looks as though further work will need to be done for him to return to full fitness.

In the meantime, Van der Poel’s long-time rival Wout van Aert has been racking up the wins since starting his cyclo-cross season at the start of last month. The Belgian has taken part in seven races so far, including two World Cup rounds, and has won all of them. He’s back in action in Hulst later today.