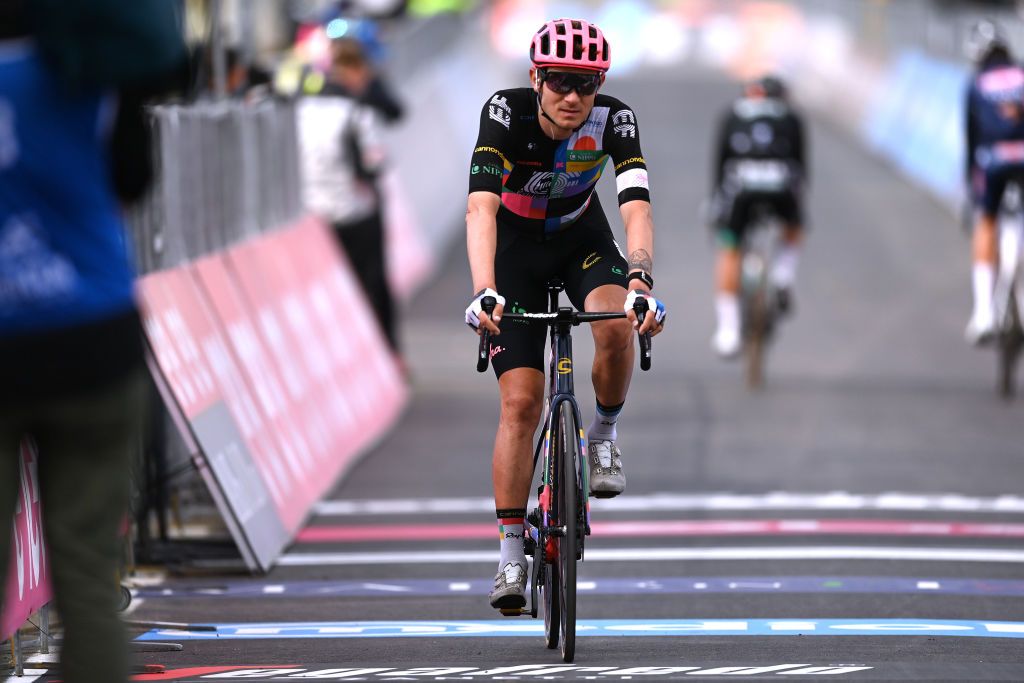 The 32-year-old has spent the past three seasons at the American squad and will draw a 12-year professional career to a close after the 190-kilometre race in Knoxville, Tennessee.

Van Garderen turned pro with HTC-Colombia in 2010 and grabbed a Dauphiné podium at the age of 21 before spending seven years at BMC. He has been one of the most successful American riders in the pro peloton, racking up 16 wins during his time in the sport.

He hangs up his wheels with a palmarès consisting of two victories at the USA Pro Challenge, a Tour of California title, as well as stages at the Giro d’Italia, Tour de Suisse and Volta a Catalunya. He finished on the podium of the Critérium du Dauphiné on three occasions and rode 17 Grand Tours, taking two top-five spots at the Tour de France in 2012 and 2014.

That year – 2014 – was inarguably the high point of his career, with podiums at Catalunya, Oman and fifth at Tour going with his US Pro Challenge victory, a summit finish win in Cataluya, and a gold medal in the team time trial with BMC at the Ponferrada Worlds.

In a post published on the EF Education-Nippo website on Tuesday, Van Garderen said that he was retiring after feeling that he didn’t have the same effectiveness as a rider as he did in the past.

“The honest truth is that I don’t feel super effective as a bike racer anymore. Once your ability starts to be less than it was, you have to find a way to make yourself effective,” he said. “I was really motivated by the rise of Hugh Carthy, and I wanted to be able to mentor him and help him. I said, ‘Okay, I’m still a good climber. Maybe I can stay with him in the high mountains and give him support.’

“But the truth is I wasn’t able to just climb into a group of the 20 best anymore, to be able to give a leader like Hugh support in the high mountains. So I was riding around thinking, well, what do I do? How am I effective in the race? And if I really took a good, honest look in the mirror, I said, ‘Well, if you have eight people to fill a roster, I could name eight people that would serve a purpose better than I could serve that purpose’.”

Van Garderen has moved into more of a mentorship role in his later years with EF, working alongside some of the younger GC charges at the squad, such as Hugh Carthy and Sergio Higuita.

This year he raced the Volta a Catalunya, Tour of the Alps, Tour de Romandie and Giro d’Italia, helping Carthy to a top 10 finish in Italy at what turned out to be his final Grand Tour.

Van Garderen added that he was proud of the results he has achieved during his career, even if he didn’t quite reach the heights of being a Grand Tour winner he might’ve promised as a young rider.

“I can understand why a lot of people are probably going to be left wanting more because they saw the results I achieved at a really young age,” he said. “I stayed consistent for a number of years at a high level, but I never really broke through to that next level. That’s what people wanted to see. I understand that. That’s okay for them to want because people like their winners.

“I feel like it’s time. I’m okay. I’m ready. I’m extremely proud of everything I accomplished in my career. I know personally how hard I worked to achieve what I’ve achieved, and I know what level I was able to hit.

“Results aside, I know that I got the best out of myself. I wish there were times that I had got to that level just a bit more often or more frequently. But I know what level I was able to hit. I’m certainly happy with what I’ve done.”