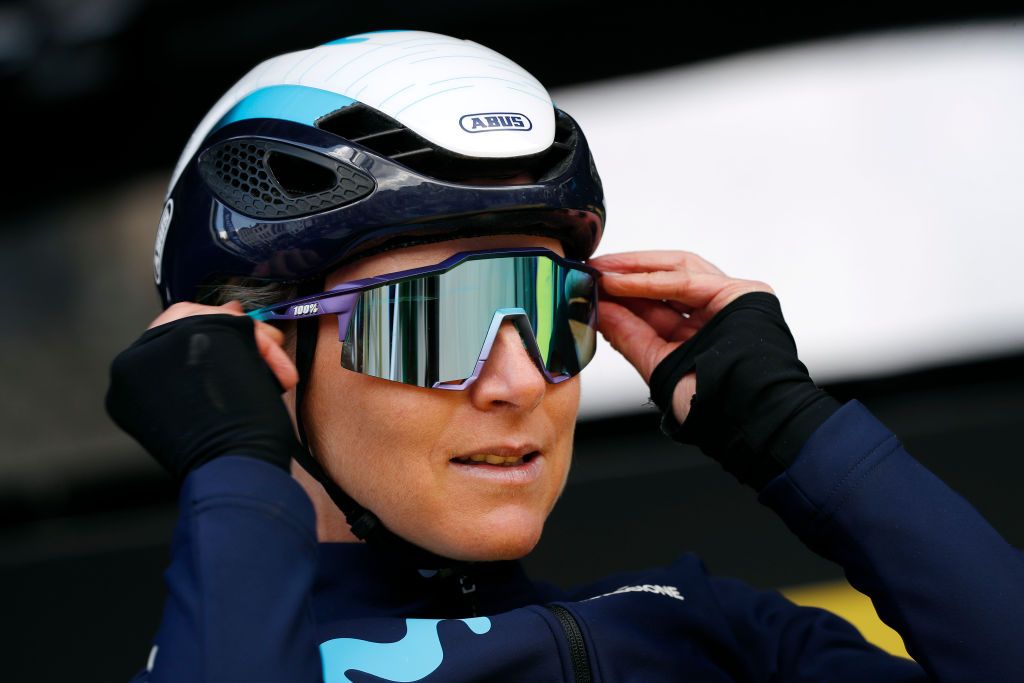 Starting the 2022 Tour of Flanders wearing the number one bib, as defending champion, Annemiek van Vleuten (Movistar) was one of the pre-race favourites. The 39-year-old, however, came up short against the teamwork of SD Worx but could still be satisfied with the efforts that delivered second place.

“I cannot blame myself,” said Van Vleuten. “It’s not that I didn’t try, so when I look back on the race tonight, I can say that I left nothing out there.

“When you go to the line with Lotte Kopecky who is a super-fast sprinter, you know that it’s hard. Already after the Paterberg, my options were running out.”

In the final of the Tour of Flanders, the Movistar rider found herself in a group of six with three from SD Worx, and after she had closed down the attack by Marlen Reusser, Chantal van den Broek-Blaak counterattacked. Van Vleuten went after her, but she says that she wasn’t aware of Lotte Kopecky on her wheel.

“I actually didn’t look back. I only saw Chantal in front and thought ‘I cannot let her go’, so my only mission was to go and get her. And then I was surprised that there were three of us,” recounted Van Vleuten.

The Dutch rider had arguably lost her chance to win earlier in the race when things stayed relatively quiet until the Koppenberg, 45 kilometres from the finish.

“It was bad for me that the middle part was not raced hard,” said van Vleuten. “We arrived at the Koppenberg with too large a bunch for my taste. The climbs here are so short that I need a super-hard race to be able to drop riders like Lotte Kopecky on the Paterberg.

“Then people will say ‘why are you not doing that?’, but I cannot do everything. I also need other teams and hope that they want to make the race hard, too.”

Van Vleuten herself put in attacks on the Koppenberg, Kruisberg/Hotond, Oude Kwaremont, and Paterberg but, unlike 2021, this was not enough to drop all her competitors. The Dutch veteran chose to see the positives and is already looking forward to races that suit her better.

“I am proud to be in the mix again, always fighting for the win in this race,” said Van Vleuten. “It’s not easy, so much stress to always be in front, and I think we nailed it. I am super proud of my team today.

“Last year I was sometimes alone in front, and now I had two other cards to play with Arlenis Sierra and Emma Norsgaard. My team did a perfect job in the lead-out into the Koppenberg, I didn’t need to spend any energy. We showed that we are getting better and better. And the closer we get to the Flèche and Liège, the more it is in my favour.”