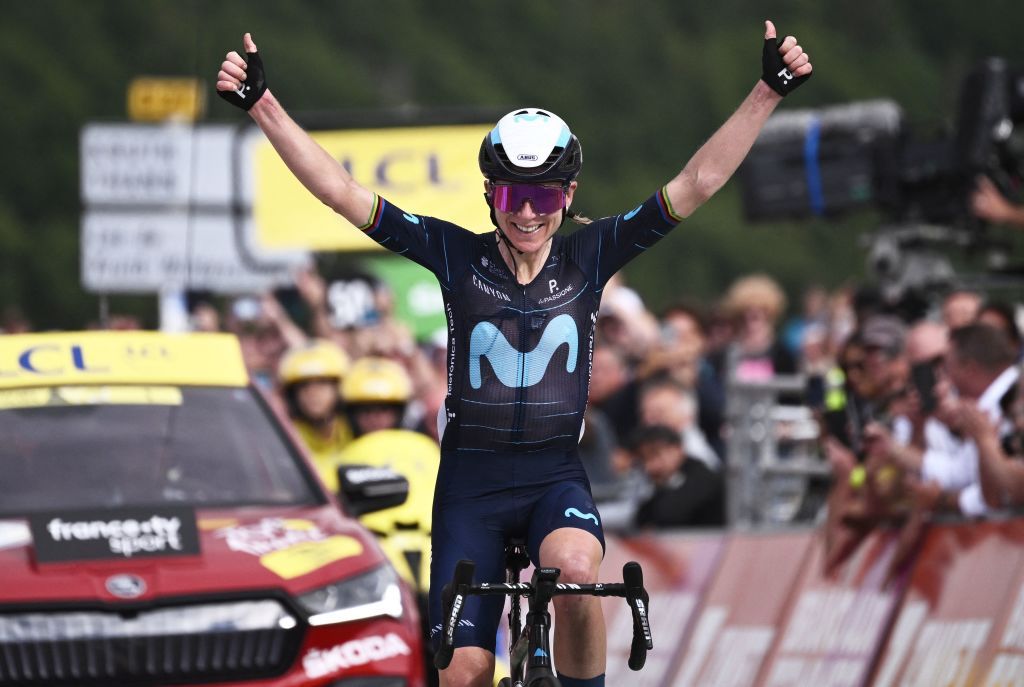 Annemiek Van Vleuten stunned her rivals as she stormed to a thrilling solo victory and claimed the yellow jersey for the first time in Saturday’s penultimate stage of Tour de France Femmes avec Zwift.

The 39-year-old Dutch woman’s attack came on the first climb of the day with 70km remaining and she shook off chaser Demi Vollering (SD Worx), who finished second, and crossed the line with a lead of 3:26.

Vollering had a superb ride with Van Vleuten, pushing the pace on to keep the chase group at bay, but the Movistar rider attacked again and dropped Vollering.

Cecilie Uttrup Ludwig (FDJ-SUEZ Futuroscope) sprinted from a chasing group for third at 5:16.

Marianne Vos of Jumbo Visma, who spent her fifth day in the yellow jersey, suffered a brutal ride in the mountains as she slipped well behind and sacrificed her reign.

Van Vleuten leads by 3:14 in the general classification ahead of Vollering with Kasia Niewiadoma (Canyon-SRAM) third at 4:33.

SOURCE: CyclingNews   (go to source)
AUTHOR: Niamh Lewis
All copyrights for this article, including images, are reserved to the original source and/or creator(s).