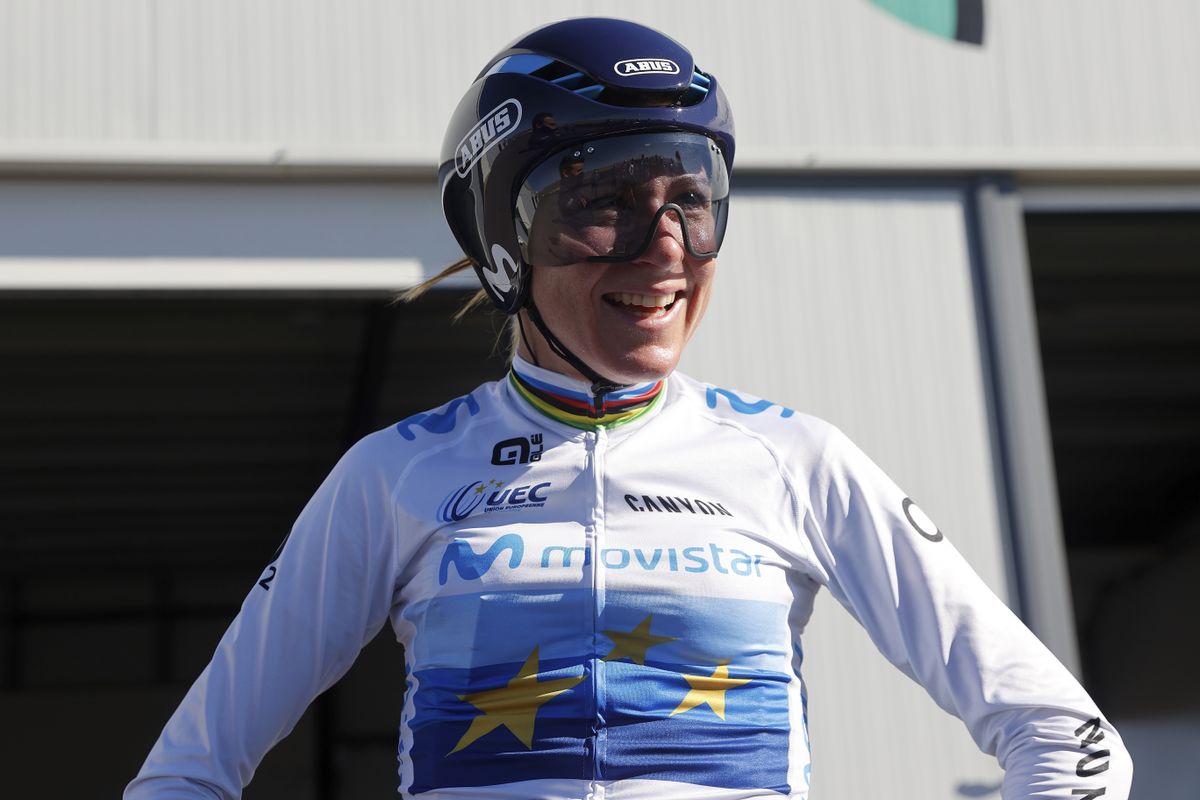 Annemiek van Vleuten (Movistar) has stated that she was not on her best form in the time trial at the Dutch Road Championships where she finished fourth place and nearly a minute behind the day’s title winner Anna van der Breggen (SD Worx).

“Not my best day. Was not due to my support team thanks Edwin&Erik at Canyon Bicycles. Congrats to Anna van der Breggen for strong TT and Ellen van Dijk also for a strong comeback after being sick,” wrote Van Vleuten in a post on Twitter.

Van Vleuten is a former two-time time trial World Champion (2017 and 2018) and a four-time National Champion in the discipline, and she lined up as the defending champion in Emmen.

The time trial was cancelled due to COVID-19 in 2020, but this year the women competed two laps of a 16km route in Emmen for the return of the time trial at the 2021 Dutch Championships. The total 32km event included two climbs over the Muur van Emmen.

Van der Breggen set the fastest time on the first lap and then continued to pull time away from her competitors over the second lap of the race finishing in 39:35, beating Van Dijk by 13 seconds, Brand by 32 seconds and Van Vleuten by 53 seconds. Van Dijk has returned to top form after suffering from COVID-19 symptoms earlier this season.