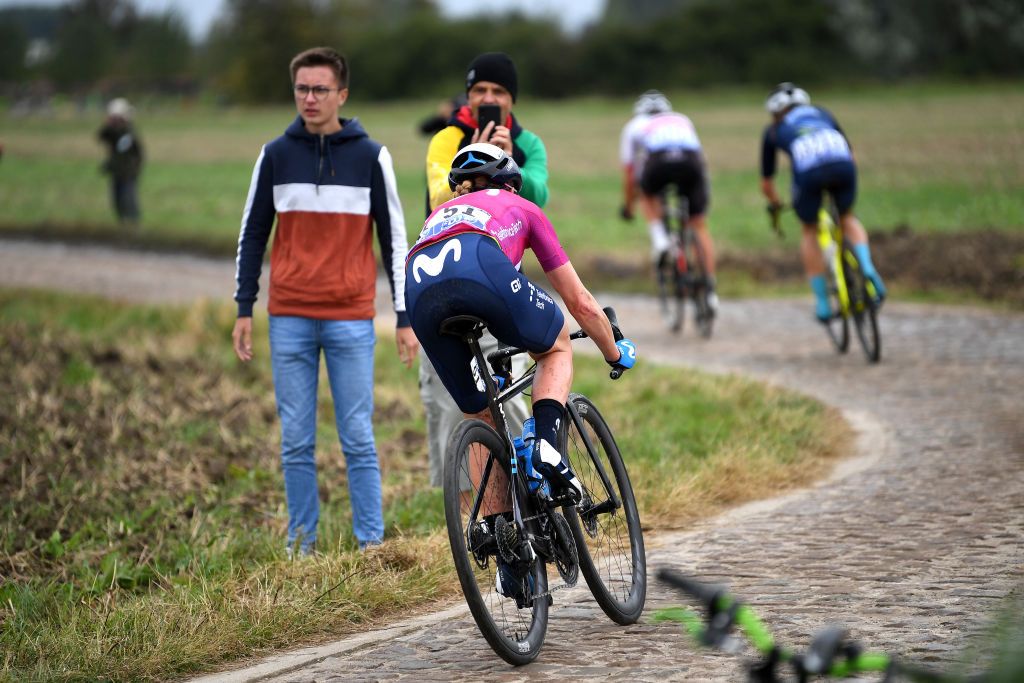 UCI World Rankings and Women’s WorldTour leader Annemiek van Vleuten’s 2021 season has come to an end after the Olympic time trial champion crashed during the inaugural Paris-Roubaix and suffered a fractured public bone.

“Not a 2022 happy end for me. Stupid crash. Just wanted to go to the finish safe,” the Movistar rider wrote on social media. “Result is broken pubic bone in 2 places and a long recovery staying in bed coming up.”

Last season Van Vleuten broke her wrist in a crash during the Giro Donne but returned three weeks later to take silver at the Road World Championships. She ruled out any such comeback for the remaining races.

“Bye bye holiday. Bye bye recharging. I have done this more often but energy is running out,” she wrote.

Van Vleuten could be seen dangling off the back of the peloton as they entered the first cobblestone sector after 33km of racing when Trek-Segafredo’s Lizzie Deignan launched her long-range winning move.

There were numerous crashes on the Mons-en-Pévèle and Carrefour de l’Arbre sectors which were covered in a thick layer of slippery mud after heavy rain during the week, although it is unclear where Van Vleuten suffered her injury.

Van Vleuten’s season started off well with victories in Omloop Het Nieuwsblad in March, Tour of Flanders in April and the Vuelta Comunitat Valenciana and Emakumeen Nafarroako in May. She won gold in the time trial and silver in the road race at the Olympics in Tokyo before claiming the Clasica San Sebastian, Ladies Tour of Norway and Ceratizit Challenge by La Vuelta.

Van Vleuten leads the Women’s WorldTour by 668 points over Elisa Longo Borghini (Trek-Segafredo) with two events to go – the Women’s Tour and the Ronde van Drenthe.