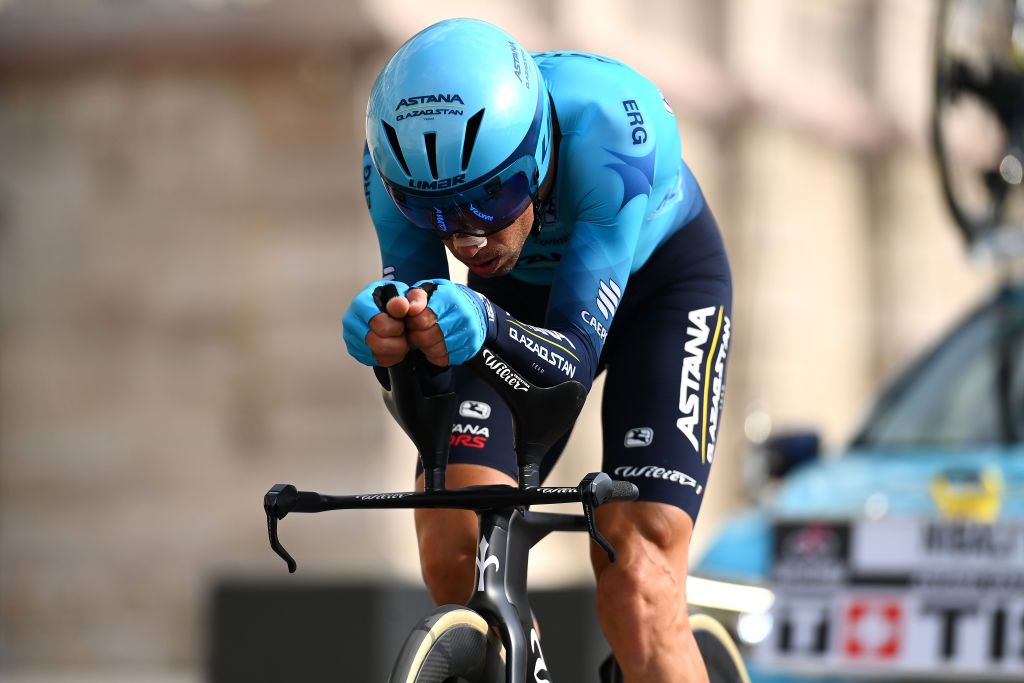 Vincenzo Nibali’s reputation at the Giro d’Italia has been forged largely through his feats of endurance in the third week, most notably his dramatic, two-part fight back in the Alps in the dying days of the 2016 race.

Small wonder, then, that Nibali seemed almost surprised at his 12th-place finish in Saturday’s short stage 2 time trial in Budapest. At 37 years of age, the Italian hardly expected to cope so smoothly with the repeated accelerations required by the 9.2km course, but he limited his losses on winner Simon Yates (BikeExchange-Jayco) to 19 seconds and gained time on a clutch of overall contenders.

“Certainly, it was a stage that wasn’t very suited to me, it was very explosive and so I looked to defend myself,” Nibali said. “I don’t know if a more straightforward time trial would have been much better for me rather than one where you had to accelerate lots of times like you did here. But when I saw the time at the finish, I saw I had done a good time trial, so I’m happy.”

Nibali had the fourth-best mark at the time check after the flat opening 8km, just 5 seconds down on Yates. He conceded more seconds and positions on the 1.3km ascent towards the finish line in the hills of Buda, though he still claimed an early buffer on men like Richard Carapaz (Ineos), who endured greater difficulties in that closing phase.

“[Directeur Sportif Stefano] Zanini told me from the car that my speed was good, so I was just concentrating on keeping that up,” Nibali said. “The corners were quite nasty and slippery too, as there were painted zebra crossings. I tried to come through them as quickly as possible without risking too much.”

In the overall standings, Nibali lies 12th overall, 30 seconds down on maglia rosa Mathieu van der Poel (Alpecin-Fenix) and 19 behind Yates. The Giro’s visit to his native Sicily next week will reveal far more about his prospects, with a summit finish atop Mount Etna looming on stage 4.

Before the Giro began, Nibali suggested that he would have a free role in an Astana Qazaqstan team where Miguel Ángel López appears to carry the burden of targeting final overall victory. The Colombian delivered a solid display to limit his losses to 42 seconds here, though Nibali noted that, at this early juncture, any conjecture about his role was moot.

“Will I race for stages or ride for Lopez? Well, above all, you have to feel good first to be able to do either of those things. After that, we’ll see,” said Nibali. “It’s clear there are riders on paper with better chances than me, and this is only the second stage, so we’ll have to see.

“In the past, I’ve always produced my best in the third week, when everybody starts to get tired and my qualities of endurance come out. So I’m confident, but we’ll have to see how it goes later on. Look, you know you can never predict anything here.”