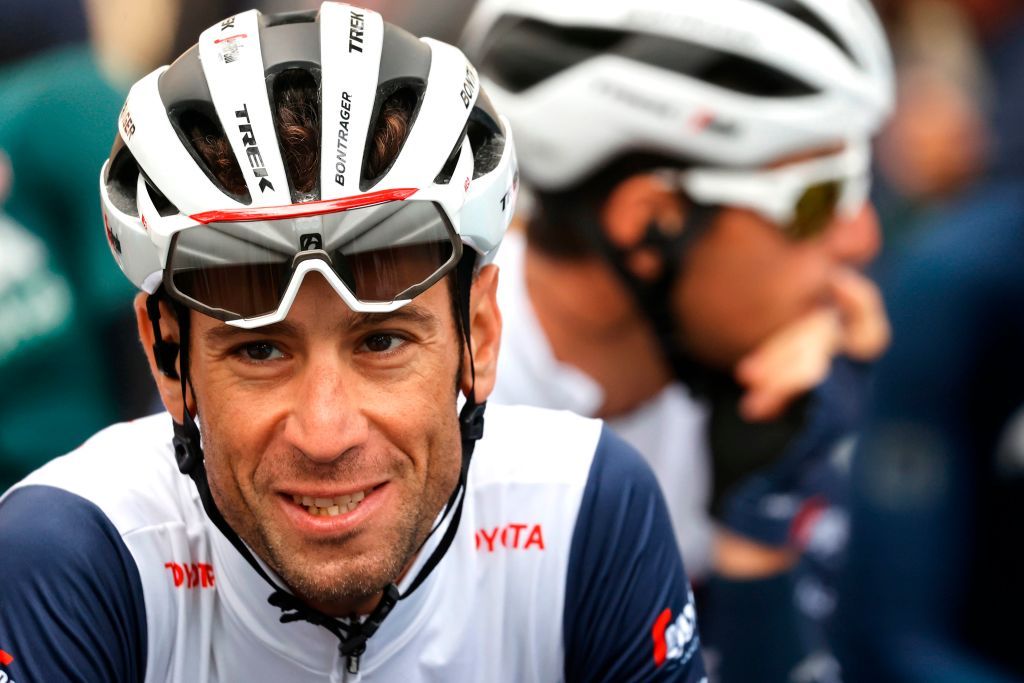 Vincenzo Nibali (Trek-Segafredo) returns home from an altitude training camp atop Mount Teide on Monday and next Sunday will head to the Tour of the Alps as he uses the familiar terrain of the Italian race to fine-tune his form for Liege-Bastogne-Liege and the Giro d’Italia.

The 36-year-old Italian has won the Tour of the Alps twice, back in 2008 and 2013, when it was known as the Giro del Trentino and mountainous five-day race once more forms a key part of his Spring schedule.

He will target a third victory at the Giro d’Italia and then also ride the Tour de France in the hope of finding a high peak of form for the road race at the Tokyo Olympic Games.

2021 could be Nibali’s final season as a professional, with any decision only likely after the July race. He has talked to Trek-Segafredo about racing in 2022 but is also looking at other options. He has hinted he would love a final swan song year with Ineos Grenadiers, with Astana also keen to have back.

The Sicilian will be 37 in November and despite his lack of recent results, he insists he is still motivated and competitive.

“As the saying (by Confucius) goes, ‘Choose a job you love, and you will never have to work a day in your life.’ I think that says a lot about life,” Nibali told La Gazzetta dello sport this week.

“You’ve got to love what you do. The passion I have for cycling means I’m still ready to suffer and work hard. If I give my all and do my best, I’m happy whatever the result. Of course it’s also important to show your emotions and your feeling with people.”

“It won’t be easy to peak for Japan because there’s a lot on this year: I’ve got the Giro and the Tour on my programme, with the idea of riding in France to think about the Olympics. It’s a major goal because a major victory while riding for Italy is the thing I’m missing most.”

Nibali finished ninth overall in Tirreno-Adriatico in March but hasn’t taken an individual win since claiming a mountain stage at the 2019 Tour de France.

Last year he wasn’t able to find his best form in the compact rescheduled COVID-19 season and finished a distant seventh overall in the Giro d’Italia. Yet he believes that while a younger generation of riders are more explosive in the mountains, his experience and race-craft can still make him a formidable opponent in races.

“Generational turnover is something cyclical, but last year was strange from many points of view. I believe that experience can still be a key factor in a race,” he argued.

“Young riders have more energy and explosiveness, while we are better in handling expectations and in the knowledge of our body. This challenge among different generations is something that forces everyone to give their best.”

More than ever, this season Nibali has pushed back against the constant expectation in Italy for him to win and lead the nation’s hopes.

“I don’t want to race under pressure and expectation, I want to do my best but take every race as it comes,” he said.

“I was ninth at Tirreno-Adriatico, which wasn’t bad but I wasn’t satisfied. I was consistent but the truth is there were some riders who were flying and the level was stratospheric. But for me it was just the start of the season.

The Tour of the Alps will be a far more important test, coming so close to the start of the Giro d’Italia on May 8 in Turin.

This year’s race has a stellar start list with Nibali joined by Gianluca Brambilla and Guilio Ciccone in Trek Segafredo colours.

“The Tour of the Alps and even before, the Giro del Trentino has always been a key appointment of my spring,” Nibali said.

“It’s one of those short stage races perfectly designed to enhance the best skills of Grand Tours riders. Every year, there’s a high-level start list: it’s a real comparison on mountain terrain, a few weeks before the Giro d’Italia.

“The Tour of the Alps is a very important race to understand where your shape stands, and a good result can also give a significant morale boost to face two prestigious appointments as the Liège-Bastogne-Liège and the Giro itself.”

Cycling News will have news, reports, and results from the Tour of the Alps, April 19-23.