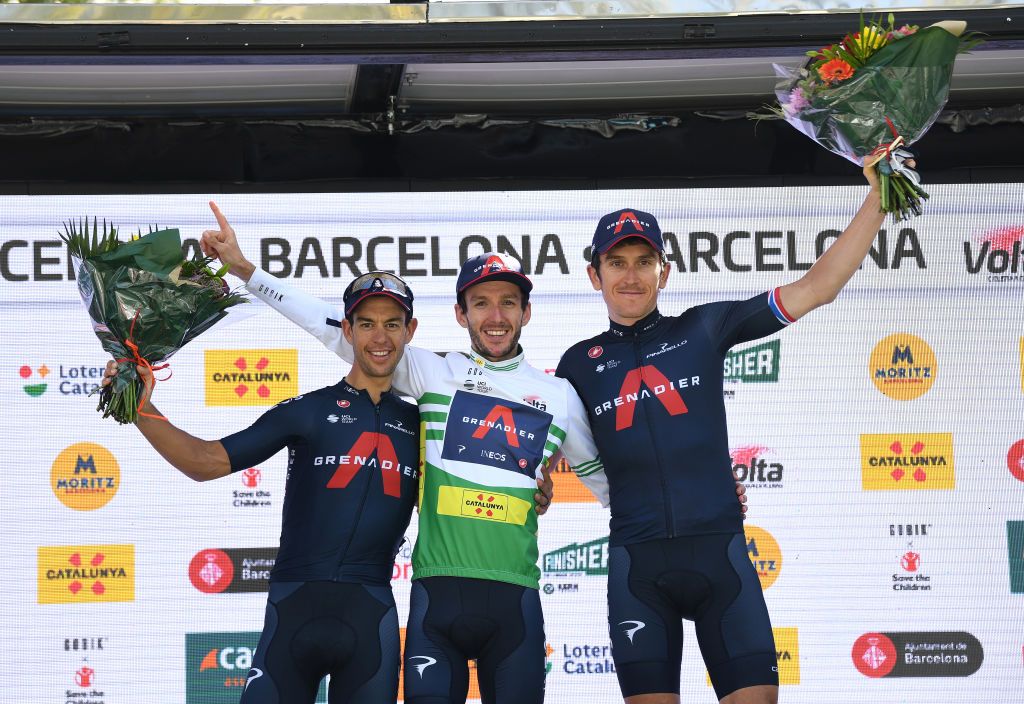 Organisers of Volta Ciclista a Catalunya announced the itinerary for Spain’s spring stage race, to be held March 21-27, 2022. A collection of coastal towns and high mountain villages were named for the WorldTour event, which follows the week after Paris-Nice and Tirreno-Adriatico.

The Grand Depart start will return to the Mediterranean coastline in the north-east corner of Spain, but this time at the Costa Brava town of Sant Feliu de Guíxols after nine consecutive starts in nearby Calella. L’Escala was noted as a new stage start as well, getting its debut for the stage 2 start, while the other nine host cities make return appearances to the Volta, including the traditional finish in Barcelona.

Ineos Grenadiers swept the overall podium at the centennial edition in 2020, Adam Yates winning the GC title ahead of teammates Richie Porte and Geraint Thomas who were second and third, respectively. It was the first time for a podium sweep to conclude a stage race in the 11-year history of the Ineos programme.

Details for the seven stages, including distances and disciplines, will be announced at the official route presentation scheduled for early 2022.

The 2021 race began with a road stage on stage 1 and then held an individual time trial on the second day. However, Mundo Deportivo reported that this year’s race would not include a time trial.

“I hope that the 2022 route will be attractive again so that the fans can enjoy again with the figures of the international cycling peloton. For our part, we have made an effort to offer a new and attractive route,” Rubèn Peris, director of the Volta, told Mundo Deportivo.

The high mountains of the Volta go back-to-back for stages 3 and 4, with  finishes in La Molina and Boi Taüll, the Thursday route most likely a mountaintop finish in the Alta Ribagorça resort. Stage 5 will offer another Pyrenean stage between La Pobla de Segur and Vilanova i la Geltrú.

The penultimate stage will take place between the Costa Daurada towns of Salou and Cambrils, which organisers tease to be “revealing the inland territory of the Prades and Montsant mountains.” Barcelona will host the finish on Saturday.

Behind the Vuelta a Espana, the Volta Catalunya is Spain’s second most-important stage race, running its 101st edition next year, and is the fourth oldest race in the world. It was one of the first WorldTour events to be cancelled in the spring of 2020 due to the COVID-19 coronavirus, but returned to the calendar in 2021 for competition, while fans were restricted at starts and finishes related to continued health protocols.