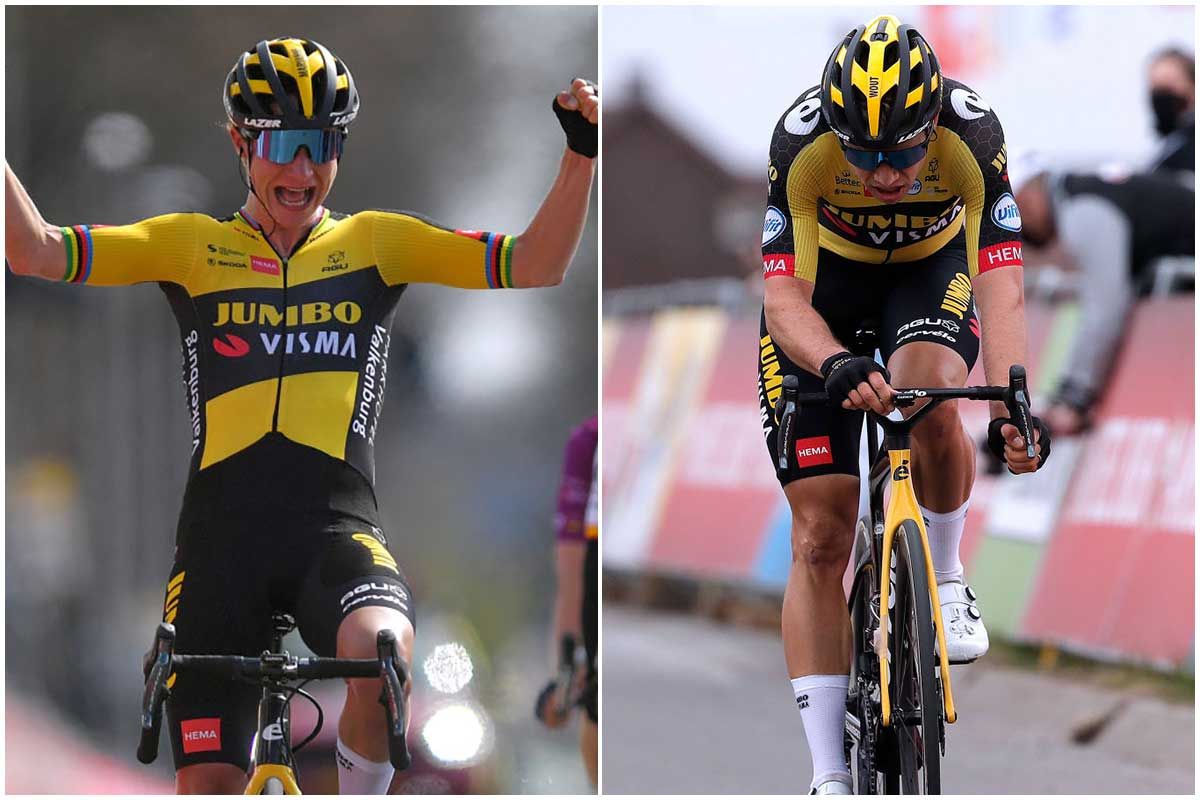 The Amstel Gold Race Ladies Edition won by Marianne Vos netted a larger share of viewers in the Netherlands than the men’s Amstel Gold Race, won by Vos’ Jumbo-Visma teammate Wout van Aert, according to figures from the NOS and NPO1 broadcast.

The men’s race competed with the Formula 1 race in Italy but, when averaged over the three hours that the men’s Amstel Gold Race was aired compared with one hour for the women, Vos’ win came out on top in terms of total viewers and per cent share.

There were an average number of 480,000 or a 37.4 per cent share of households watching the women’s race while an average of 400,000 (14.9 per cent) watched the men, according to sports economics researcher, Daam van Reeth, Professor Faculty of Economics & Business, KU Leuven.

Both races had close small sprint finishes, with Vos narrowly holding off the closing chase led by Demi Vollering (SD Worx) and Annemiek van Vleuten (Movistar), while Van Aert bested Tom Pidcock (Ineos Grenadiers) in a photo finish that was almost too close to call. Both races were also won by Dutch team Jumbo-Visma and the women’s race podium was also completely filled with riders from the nation, not an unusual occurrence as the Netherlands has completed dominated the top spot in the nation ranking for women’s cycling for more than a decade.

Van Reeth explained that while the average was greater for the women, the ‘reach’ for the men – or the number of viewers who saw at least one minute of the broadcast – was higher than the for the women, 1,867,000 vs 877,000.

He also put the numbers into context of the other major men’s events on the racing calendar.