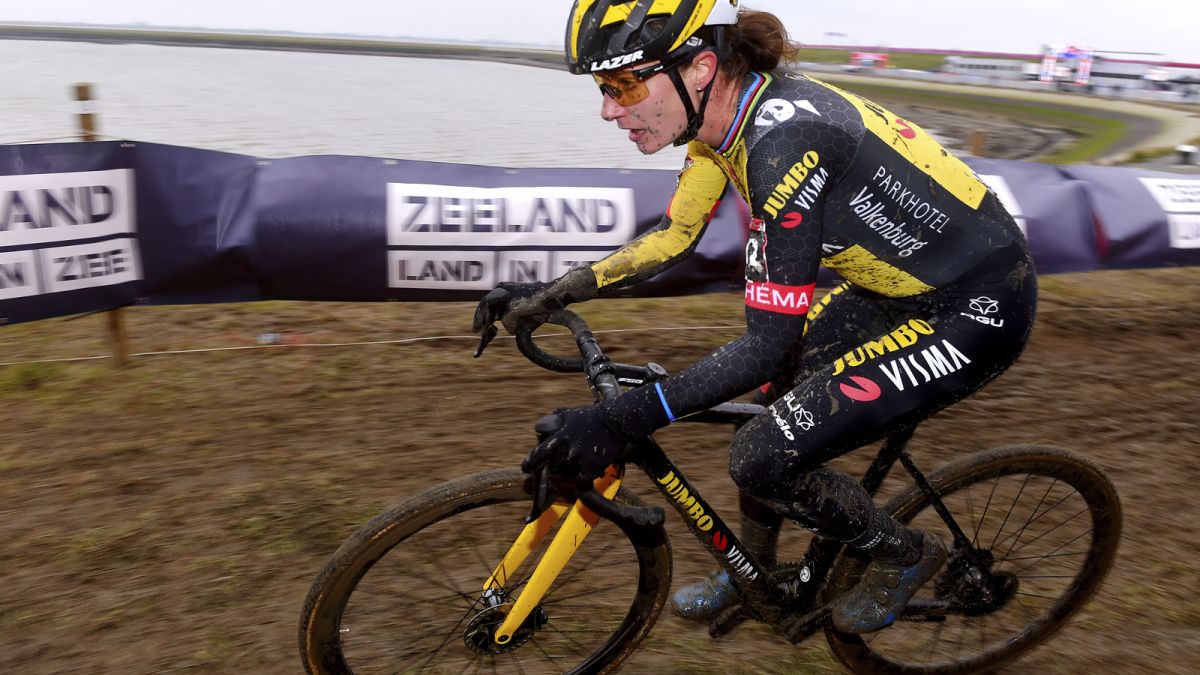 Vos used her improving form to distance Brand mid-way through the 50-minute race and then skillfully opened a 20-second gap on the fast Rucphen circuit recently used for a round of the World Cup.

Ceylin del Carmen Alvarado (Alpecin-Fenix) managed to shake off Denise Betsema (Pauwels Sauzen – Bingoal) but was unable to catch Brand and so completed the podium.

Fem van Empel was the best Under 23 rider but no official title was awarded.

34-year-old Vos took her seventh national title and so will race in the red, white and blue national champion’s jersey for the next 12 months.

Vos and Brand quickly distanced their rivals on the opening lap and reached the spectacular ‘carousel’ maze section together. However their rivals closed the gap and then swapped positions, with the slightest error shuffling the riders on the fast course.

Vos attacked on the second lap and lined out her rivals. Brand, who has won recent national titles, initially stayed in contact but then slowly lost ground as she struggled to match Vos’ electric pace.

She continued to open her lead in the second half of the race, producing a near perfect ride. She had not raced since the Hulst World Cup race on January 2 but appears on track to peak for the world championships in Fayetteville, Arkansas at the end of January.