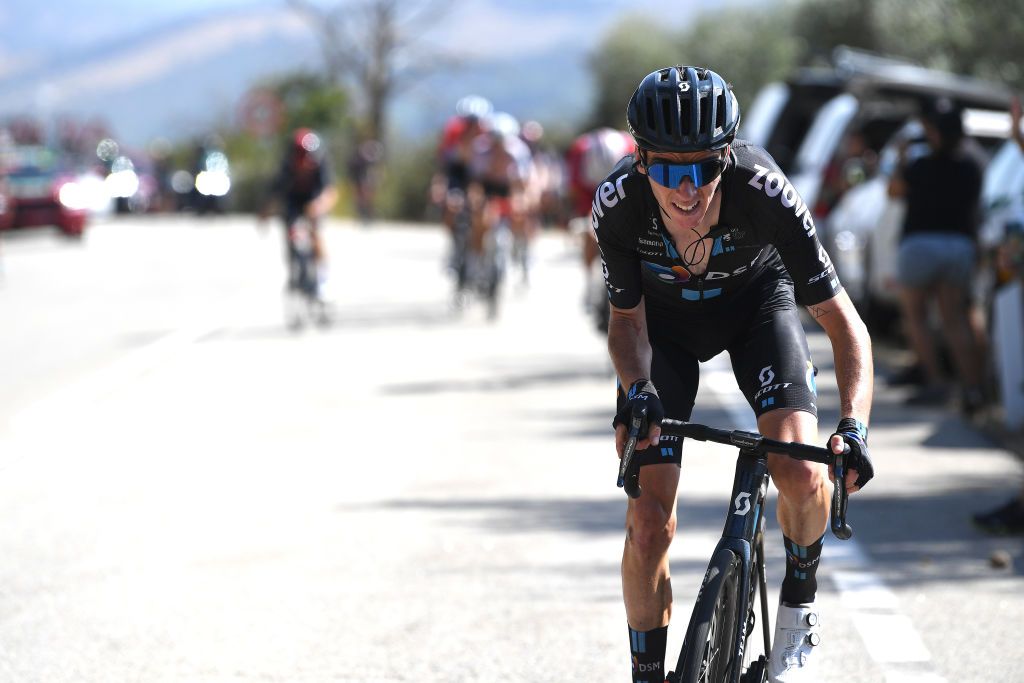 Romain Bardet (DSM) turned around his 2021 Vuelta a España, winning stage 14 at Pico Villuercas from the day’s large breakaway after losing his GC ambitions in the first week.

The Frenchman denied Nicolas Prodhomme (AG2R Citroën), who attacked on an unclassified climb with 25km to go and opened up a lead of more than a minute and looked as if he might take the victory.

However, with 7km to go, Bardet leapt clear of the chasing remnants of the day’s 18-rider escape and flew past his young compatriot, then held onto a 44-second advantage at the finish.

There was even more drama behind, as Daniel Navarro (Burgos-BH) and Sep Vanmarcke (Israel Start-Up Nation) crashed on a descent while chasing Prodhomme and Jay Vine (Alpecin-Fenix) also hit the deck while back at the team cars. Vine managed to dust himself off from what was a hard, high-speed fall and claimed third on the stage behind Jesus Herrada (Cofidis).

The GC battle ensued more than 10 minutes after Bardet celebrated his victory, with Miguel Angel Lopez (Movistar) carving out a handful of seconds with an attack, and Primoz Roglic (Jumbo-Visma) opening up 20 seconds of daylight between his group and race leader Odd Eiking (Intermarché-Wanty-Gobert).

It wasn’t enough to depose the Norwegian, who heads into stage 15 with 54 seconds on Guillaume Martin (Cofidis) and 1:36 on Roglic.

Watch the video highlights above for this exciting sprint finish.