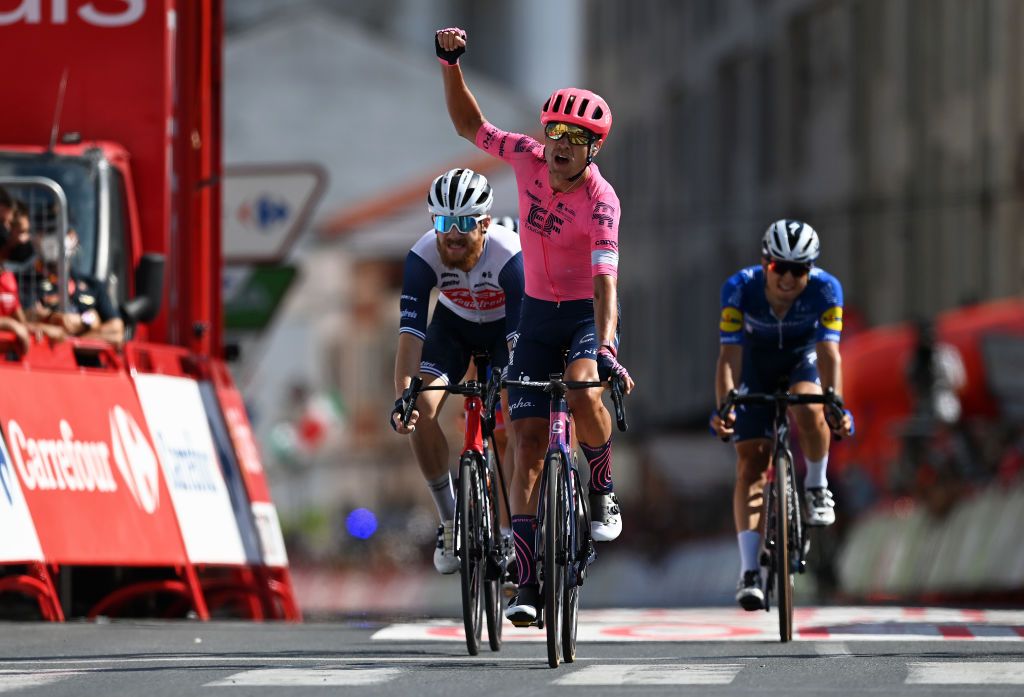 Magnus Cort (EF Education-Nippo) showed he is the master of versatility in the 2021 Vuelta a España, taking his third stage victory in Monforte de Lemos on stage 19. After winning with a solo attack on the sharp climb of the Alto de la Montaña de Cullera on stage 6 and from a bunch sprint in Córdoba on stage 12, the Danish rider prevailed from the day’s successful breakaway, beating Rui Oliveira (UAE Team Emirates) and Quinn Simmons (Trek-Segafredo) to the line after a testing 191.2km stage.

An attack from Simmons and Oliveira further reduced the breakaway with 60km to go, and when the pair were caught with 25km remaining, the group was down to seven. It looked as if the move would be reeled in by Team BikeExchange, desperate to grab a victory with Michael Matthews but the escape managed to hold off the chase by 18 seconds.

Lawson Craddock put in huge turns for his teammate Cort and led the group into the final turn, forcing Simmons to open up the sprint too early and allowing Cort to take the hat-trick victory.

There was no major change to the overall classification, as race leader Primož Roglič (Jumbo-Visma) held onto his 2:30 lead over Movistar’s Enric Mas, although Louis Meintjes (Intermarché-Wanty-Gobert Matériaux) crashed heavily and abandoned the race.