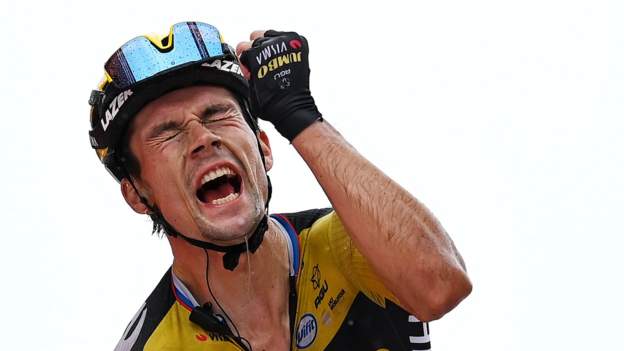 Roglic followed a long-range move by Bernal before riding clear 7.5km from the top of the iconic summit finish on Lagos de Covadonga.

The Colombian ended up seventh in a group containing Britain’s Adam Yates.

“It went well today. I enjoyed it and it was a super nice day for me and the whole team,” Roglic said.

“It was a real show, real racing.”

The Jumbo Visma rider had previously spent six days in the maillot rojo – but going into the mountainous 186km stage from Unquer, he was 96 seconds behind Odd Christian Eiking in the general classification.

However, the Norwegian had a day to forget. He was dropped as Bernal went on the attack with 61km to go and then crashed in wet conditions on the descent of Collada Llomena to drop down to 11th overall.

The race remains in the Asturian mountains on Thursday with another summit finish on the 162.6km course from Salas to the Alto d’el Gamoniteiru.