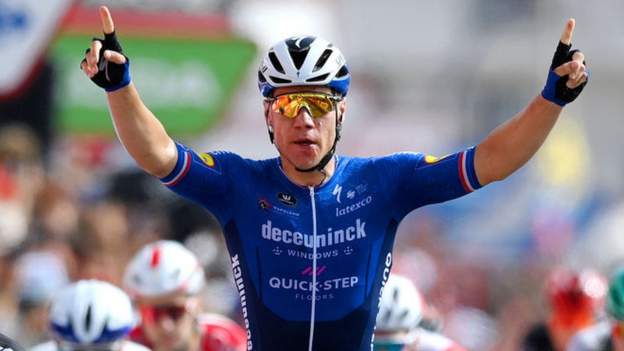 Fabio Jakobsen’s impressive return from serious injury continued with victory on stage eight of the Vuelta a Espana.

It was the 24-year-old Dutch rider’s second stage win of the week after also claiming stage four.

He was left with severe head injuries at the 2020 Tour of Poland after being pushed into the barriers by Jumbo-Visma’s Dylan Groenewegen in a sprint.

Jakobsen only returned to racing in April, eight months after being put in a medically-induced coma after the crash, for which he needed several months of facial reconstruction surgery.