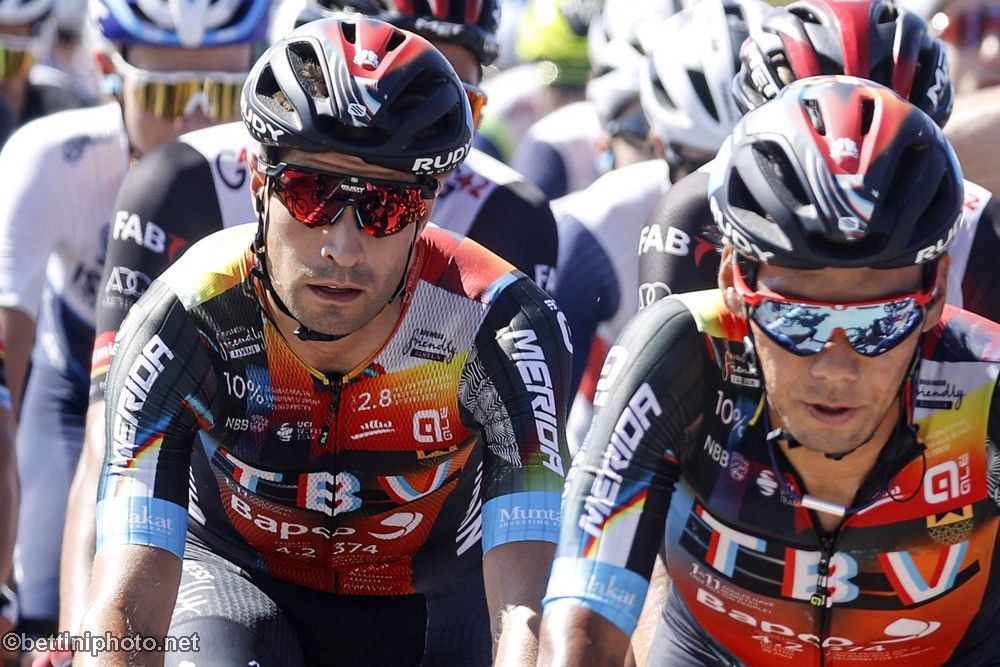 Bahrain Victorious’ GC hopes in the Vuelta a España now rest 100 per cent on the shoulders of Jack Haig, but while the Australian is going from strength to strength, the team’s pre-race overall contender Mikel Landa is struggling to hit form.

After a solid start to the race, with a ninth place at the first summit stage to Picon Blanco, Landa began to ship time in the GC battle on the stages to Cullera and Balcon de Alicante. But the real damage was done at Velefique where he lost five minutes on stage winner and teammate Damiano Caruso, then nearly 22 minutes on stage 10 and another nine minutes on stage 11.

What makes his performance even more surprising is that Landa was the winner of the Vuelta a Burgos just a week before the Vuelta began.

The contrast between Landa, 25th overall after 11 stages, and his teammates Gino Mader and Haig, sixth and 13th overall respectively is a striking one. And Landa recognised in an interview with AS TV earlier this week that “I’ve been doing better on other occasions, I have to say.”

“I’ve been feeling rubbish for several days and it wasn’t worth me continuing suffering,” Landa said by way of explanation of why he sat up at the foot of the final climb on stage 10.

The Basque is still on the recovery path from his major crash in the Giro d’Italia, where he fractured several ribs and his right collarbone, he pointed out, and he said that “a few months ago I thought it would have been impossible to fight for the overall. After Burgos I felt more enthusiastic, but I was worried it might be difficult and that’s how it’s worked out, finally.”

Landa said that he thought his poorer-than-hoped for condition was down to “a combination of a lot of things. First, after the accident in the Giro, I was off the bike for a long time and I was lacking in race rhythm. And I couldn’t train as much as I needed to.

“So I’d like to fight for a stage win, although to be honest I’m not in a position to say I’ve got to choose one or another. Any one would do.”

Landa said he would have no problem working for the team if needed. “I’m here for whatever’s needed. I’ve got to stay calm because there’s no way back from this one.”