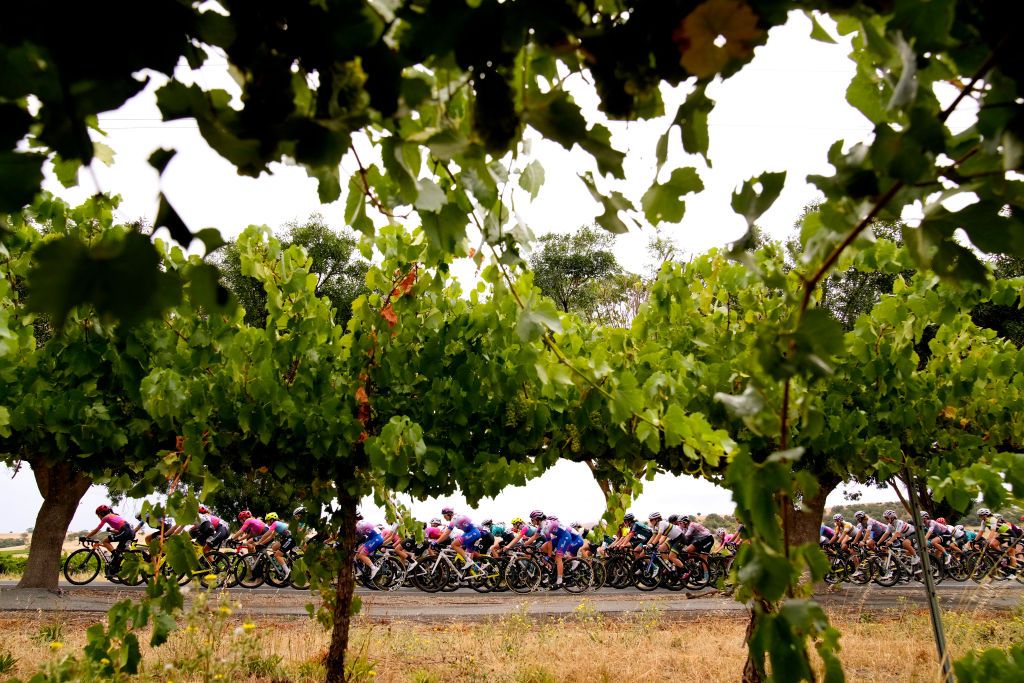 The Santos Tour Down Under women’s race has looked to be on course for the WorldTour for a number of years, and in January 2023 it will become the first-ever stage race in that category for Australia, a nation with a long history of providing a stream of strong riders to the European peloton.

After starting in 2016 and running alongside the Men’s WorldTour race each January, the women’s Tour Down Under was last held in 2020 as a 2.Pro event. But it has faced a two-year hiatus from international competition as a result of the COVID-19 pandemic and related border closures.

The news, however, came out last week that its return in 2023 would be as a Women’s WorldTour event. As such, the race that levelled up its prize money to the equivalent men’s event in 2018, is now also matching it in status as one of four events added to the Women’s WorldTour in 2023.

“It’s huge, it’s huge. It’s so big for women cycling to create, not the women’s race and men’s race, but the Tour Down Under and use the sponsors, use the foundation that we’ve already got to promote both races,” new assistant race director Annette Edmondson told Cycling News when asked about the importance of the step up.

“Now we’ve got a chance to really elevate the women, that’s just going to tempt more and more teams to come out. It’s going to make it an even bigger race.

“The Women’s WorldTour is expanding, there are a lot more teams each year that are becoming WorldTour, there are more races being put on. It means that the number of riders in each team is increasing so that they can cover these races. So this is just part of the growth of the sport and I’m so proud that South Australia is getting behind this race and really giving it the attention it deserves.”

The one-day women’s event at the Cadel Evans Great Ocean Road Race moved up to Women’s WorldTour level in 2020, and under the stewardship of Kimberley Conte, the Women’s Tour Down Under has long looked to be on the same path, with Conte telling Cycling News earlier this year that “it’s definitely on the cards”  but it hadn’t yet been decided whether that would be in 2023, 2024 or beyond. Ultimately the shift up took place sooner rather than later, and in the first year of both the women’s and men’s race being top tier, both will also now have new race directors in their lead cars.

Conte has moved on to South Australia Football, with Australia and New Zealand hosting the FIFA Women’s World Cup in 2023. Meanwhile, Stuart O’Grady, who became race director at the men’s event when Mike Turtur retired in 2020 – after 22 years in charge – has had a longer wait than expected to oversee his first top-tier event thanks to the two years of cancellations. However, when the event returns in 2023, O’Grady will have an even bigger job ahead than initially anticipated, after taking on a dual race director role.

Why one became three

When the women’s Tour Down Under was looking for a new race director, two of those they contacted were recently retired South Australian professional cyclists, Annette Edmondson and Carlee Taylor. Both were interested but both already also had other commitments, so they came up with the idea of a joint application. It was a successful plan. The pair became assistant race directors, with O’Grady leading the trio who have all raced the event on various occasions.

“The Tour Down Under has been a big part in all of our lives throughout our sporting careers,” Taylor told Cycling News in a joint interview with Edmondson and O’Grady this week. “And to be able to be given the opportunity to help that grow was something that you can’t say no to.

“It is my favourite race and to be able to have a part in that on the other side of the fence and really kind of help impact that and showcase South Australian cycling, our roads – we have so many options that we can showcase – and to be a part of the first ever Women’s WorldTour status race: it’s really special.”

Taylor competed in the event in 2017 and 2018, Edmondson from 2016 to 2018, and O’Grady won it in 1999 and 2001 and raced it 13 times. The trio not only have experience of the Tour Down Under, they are in home territory so also have a detailed knowledge of a myriad of roads that could work their way into the race.

“Between the three of us there wouldn’t be too many twists and turns in the entire state that we don’t know,” said O’Grady. “So although Mike [Turtur] ran an absolutely brilliant race for over 20 years, there’s also a lot of roads in the hills and a lot of places that we haven’t explored yet. I plan on showcasing a few of them in the 2023 event. It will be a different race and it will be an exciting race.”

There was definitely a different flavour to the men’s and women’s events at the Santos Festival of Cycling in 2022, a local four-day replacement for the cancelled international races. One of the most notable differences was the inclusion of multiple gravel sections in the women’s event, which raises the question of whether that will continue into 2023 under new directors and in a new category.

“I think you have got to be very careful,” said O’Grady when asked if there would be gravel roads on the route in 2023. “It’s a really fine balance.

“The Tour Down Under has got a really special place in the calendar. We also have to acknowledge that it is at the start of the year, it is in January. It can be extreme temperatures so although gravel and dirt are a lot of fun – I think there’s certainly a time and a place for that – we have got to be very careful with how we design the course.”

The race opens the international season allowing riders to escape from wintery conditions in Europe, with the mid-summer temperatures often approaching – and sometimes exceeding – 40° Celsius.

“The guys and the girls love coming to Adelaide for a reason, it’s because they can set up their entire year,” said O’Grady. “They set themselves up for the Classics, for the Giro, for the Tour de France. I think from what I’ve seen lately, certainly watching from the couch, a lot of race organisers seem to be competing about more gravel [and] more extreme roads and I think certainly, as an old rider [former pro] as well, it can start getting a little bit too much.

“I think it’s just a really fine balance and it’s something I would try and keep consistent. We want the teams to come down and enjoy their time, not go home with broken collarbones. It’s a juggling act.”

The Women’s Tour Down Under may be one of four new events added to the Women’s WorldTour calendar in 2023, but it also comes on top of considerable growth this season, with the Tour de France Femmes among the races added to the calendar.

“The women are absolutely showcasing it at the moment,” said O’Grady. “It’s been incredible, but it’s been a really rapid growth, one that’s been hard to keep up with, not [just] for event organisers, but also for teams too – providing enough riders in the team, logistics, equipment.

“It’s all happening so quickly. So we’re happy to get in there and we’re lucky we’ve got a state government that’s so supportive with investment in women’s cycling and great sponsors and stakeholders. I think the time is right [to join the Women’s WorldTour] and hopefully we can make it even bigger and better in the future as more and more women’s WorldTour teams come on board.”

Rosters in even the very top Women’s WorldTour teams are far smaller than in the men’s, and UCI President David Lappartient warned earlier this year that an imbalance was starting to emerge between the number of riders and teams and the calendar.

Still, the Tour Down Under is expecting a good turnout as, even without the extra points on offer that a shift up to Women’s WorldTour will provide, the women’s race already drew a strong showing from the top ranks.

“The announcement is only pretty fresh so we obviously haven’t spoken with all the teams,” said O’Grady. “But [as] our position in the calendar is so unique and we’re going to be the very first race of the season, you’d like to think that most of the teams would be fresh and the riders would be pretty excited.

“I know that a lot of the teams and the riders already came down to Australia to train and set the foundations for their season so hopefully now as the Women’s WorldTour develops, more and more of the big teams will kind of duplicate themselves and everyone’s happy to come down to Adelaide to kick off their season.”

As a Women’s WorldTour race all of the top teams will get invitations to the race, but will they all come?

“I’d imagine so,” said O’Grady. “I think that’s one of our roles now as a team, we’ve got to get in contact with all of those teams. And again, I think hopefully we shouldn’t have to try too hard to attract them down here, that they’d want to come down –there’s Women’s WorldTour points up for grabs.”