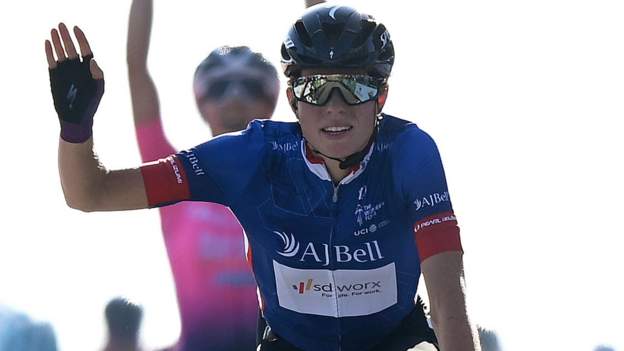 The Dutchwoman, 24, of SD Worx, went in to the sixth and final stage with a commanding lead and finished safely within the peloton in Felixstowe.

World champion Elisa Balsamo, of Italy, won the stage – her first in the rainbow jersey – beating Lorena Wiebes and Chloe Hosking in a sprint finish.

Her overall race advantage of one minute and nine seconds was never in any real danger.

Eugenia Bujak broke clear early on and established a three-minute lead but the peloton worked well together to bring the Lithuanian back, despite being interrupted by a level crossing with about 56km of the race remaining.

And Balsamo’s Valcar – Travel & Service team set her up perfectly for the stage victory.

“My team did a really great lead-out for me,” said Balsamo.

“We knew we were strong in the sprints but today was perfect. It’s wonderful. This was my first time at this race but I will definitely come here again.”