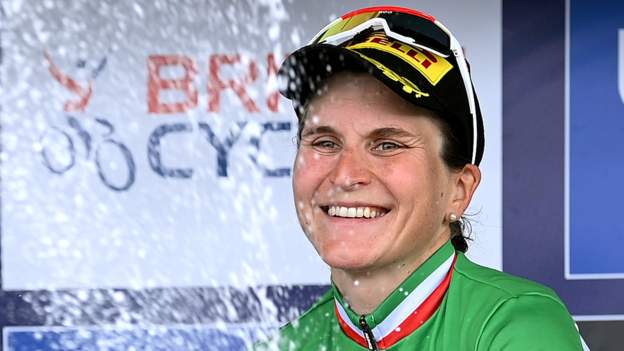 The Italian went into the concluding stage of the tour sharing the overall lead with Australian Grace Brown after winning stage five.

And Longo Borghini claimed the overall victory by sealing third with Brown only managing 12th in Oxford.

The final stage had seen a leading trio of Ane Iversen, Mieke Kroger and Alessia Patuelli pull clear of a chasing group, led by Team DSM, that was some 30 seconds back with around 20km to go.

However, the pack caught the breakaway with five kilometres left to set up a bunch sprint with Wiebes edging out Copponi and Longo Borghini.

Longo Borghini said: “This is a big relief to win this race because it has been a strange spring for me. Now I am back to my normal level.

“Also, it’s nice to win an overall classification, this has not happened to me many times in my life. It’s only the third tour I have won and this one is up there as one that ranks high.”