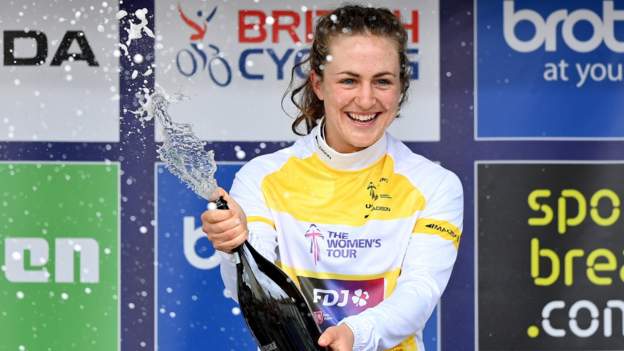 The Australian’s first stage win, a 144.7km route through mid-Wales, began in one market town, Wrexham, and ended in another, Welshpool.

The FDJ Nouvelle-Aquitaine Futuroscope rider and two others broke away from the pack late on.

Holding off Italian Elisa Longo Borghini and Pole Kasia Niewiadoma, the 29-year-old powered to the line.

The win puts her four seconds clear of Niewiadoma at the top of the general classification with Borghini third, six seconds behind the leader.

Race favourite Lorena Wiebes of Team DSM began the day wearing the yellow jersey after consecutive stage victories in Harlow and Gloucester, but the Dutch rider finished more than a minute behind Brown and now sits eighth, 66 seconds down overall.

The tour stays in Wales on Friday, with a 106km stage in Carmarthenshire which culminates in a punishing 7km climb to the summit of Black Mountain in the Brecon Beacons.