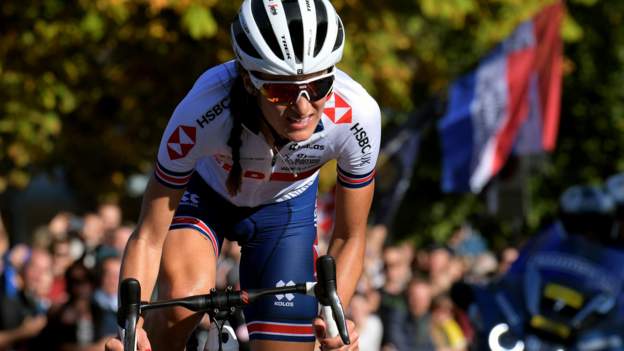 Lizzie Deignan will finally get the chance to defend her 2019 AJ Bell Women’s Tour of Britain title as the race returns after two years.

After being postponed because of Covid-19 in 2020, the 2021 edition begins in Oxfordshire on Monday.

Fellow Briton Joss Lowden will also be in action after breaking the prestigious hour record on Thursday.

Lowden, 33, will head up the almost all-British Drops-Le Col-Tempur team four days after posting a record-breaking distance of 48.405km in one hour in Switzerland, having finished eighth in the time trial at the Road Cycling World Championships earlier in September.

Trek-Segafredo’s Deignan may well be the home favourite given she is the only rider to have won the Women’s Tour twice and the 32-year-old will arrive in Oxfordshire after victory in the gruelling Paris-Roubaix race on Saturday.

Among the many British names on the startlist are sisters and Canyon-Sram Racing team-mates Alice and Hannah Barnes – who is a former stage winner.

The event begins in Bicester on Monday and will end in Felixstowe on 9 October.