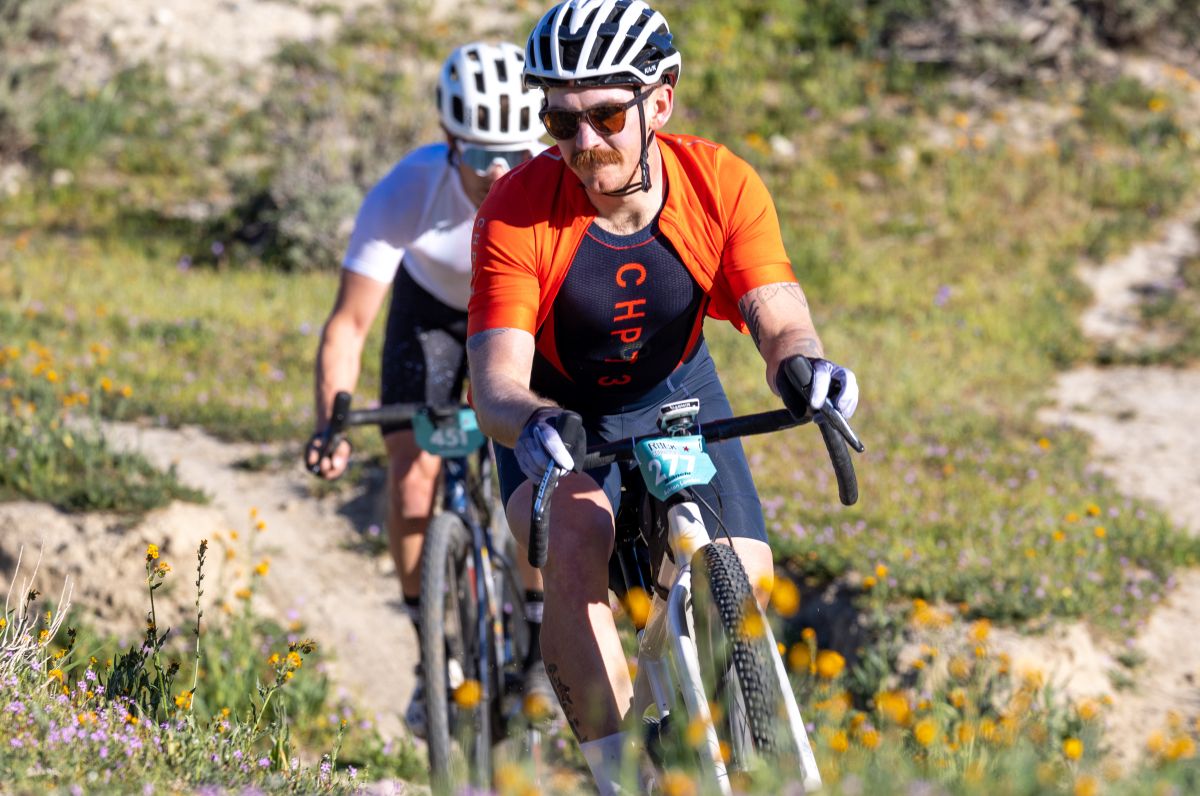 Ashton Lambie has a countdown of two more weeks until he lines up with his new Jukebox Cycling team for the opening off-road event in the Life Time Grand Prix series, the Fuego MTB 80K at Sea Otter, with the Individual Pursuit World Champion diving into the new foray of cross-country mountain biking after an action-packed build up.

The Lincoln, Nebraska native got his start on gravel and in endurance rides, but has recently  made big statements on the track. The 31-year-old set a world record as the first cyclist to ride the 4000m in less than four minutes, a feat he accomplished in August last year in Aguascalientes, Mexico. It was no surprise that two months later he took the world title in the same distance.

Since October his mind has been racing, maybe more so than his legs, at supersonic speed to adjust to new surroundings and challenges related to “gravelnaut” and astronaut lifestyles. He returns to being a “gravelnaut”, selected as one of 30 elite men selected for the Life Time Grand Prix Series, while his partner Christina Birch, herself an 11-time national champion on the bike, focuses on a new career path in space. She was invited to train with NASA at Johnson Space Center in October, so they packed and moved to Houston, Texas.

“I’m a big fan of riding around Houston, I’m really enjoying learning all the great trails in the area,” Lambie told Cycling News. “I’ve got a loop to some flowy trails south of Houston lined up on the mountain bike actually. I’ll try to hit some tempo there and back, then get a loop or two on the gravel bike, and stop for a burrito on the way back.”

In the span of two months last year, Lambie set the sub-four-minute mark, won a rainbow jersey and learned Birch was selected to train as an astronaut. On his Instagram feed to start this year he said, “I still have to pinch myself sometimes that I got the sub 4:00 AND rainbows in the same year. I couldn’t ask for a better way to end it then in our new home of Houston, while Chris gets ready for astronaut training, and I get back on some gravel.”

This season Lambie plans to focus more on gravel racing with his new team, while giving his track bike a break. Back in 2016 he was second overall at Gravel Worlds in Nebraska. In 2019 he won the 100-mile race from Emporia, Kansas, now known as Unbound Gravel. In 2021 he won the 100-kilometre Icelandic adventure at The Rift Race.

This season, Lambie’s gravel focus will include the Life Time Grand Prix Series, and other events like Gravel Worlds. He started his gravel groove last month in Bakersfield, California in the Rock Cobbler, which he said was a success since he didn’t crash and just had fun.

A total of four Jukebox Cycling riders will take part in the six-race Life Time series, which offers a $250,000 prize purse, equally split between the 30 men and 30 women taking part. Lining up at Fuego MTB 80K on April 9 in Monterey, California, with Lambie will be mountain biker Dylan Johnson and former roadies turned gravel specialists, Adam Roberge and Alexey Vermeulen.

“Couldn’t be more thrilled to line up with Ashton. Ashton is the best in the world at what he does, and I can’t wait to learn from him. Hopefully, I can help him a little on the rougher terrain,” Roberge, the defending champion of the final series event, Big Sugar Gravel, said of his new Jukebox teammate.

Lambie also hasn’t ruled out any other type of racing, though at the moment his main focus is on mountain bike skills, which will be critical for the Grand Prix Series, which has three mountain bike events in the mix.

“No real plans, except to meet the rest of the crew! I know Phil [Gaimon] a bit, but haven’t met everyone else yet. I’m just excited to meet other folks excited about this project. We all have such diverse backgrounds and goals, and are really just excited about cycling, so it’s going to be a good season,” Lambie told Cycling News.

“I think the structure that Jukebox Cycling has, where it’s a team and the riders can feel connected, but at the same time, have their own sponsors and set their own calendars, is a great model for the cycling world today,” he added in a team statement.

“It’s bringing the standard up. And as disciplines like gravel are growing, the team structure for cycling in general is going to change—the traditional models just don’t work anymore. I love that maybe we won’t get everything right the first time, but that we’re on the forefront of this change, and I just love being a part of that.”