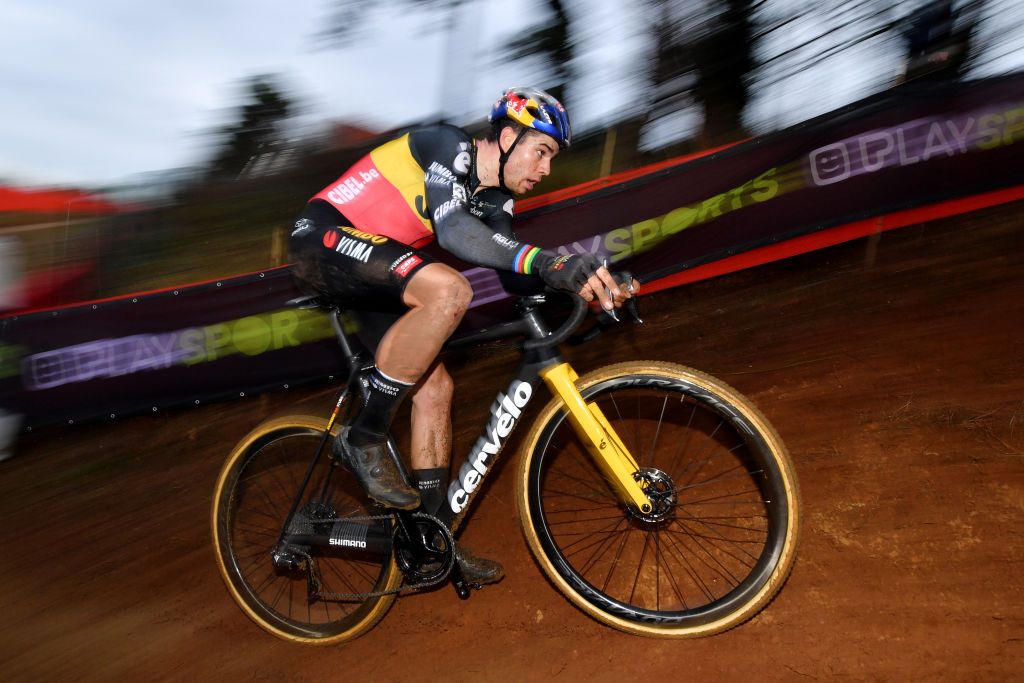 Wout van Aert will end his cyclo-cross season at the Belgian National Championships on Sunday but insisted his record of eight victories from nine races does not mean he is the automatic winner in the sand dunes of Middelkerke, near Ostend on the Belgian coast.

Belgian national coach Sven Vanthourenhout has predicted the elite men’s race could be over in half a lap due to Van Aert’s apparent superiority. However his rivals include World Cup winner Eli Iserbyt, Michael Vanthourenhout and Toon Aerts.

“If everyone thinks that way, it will be an easy day. But I’m sure Sunday will be the toughest of all the cross races I’ve ridden this season,” Van Aert told the Belgian media on Saturday after doing a reconnaissance of the Middelkerke course before the junior and women’s races.

“In a championship there are always riders who can do something special. Of course I’m the favourite, but the race always has still to be ridden, right?

“I’ll make sure I’m OK. Only one place counts in the Belgian championships. But I don’t think there will be anyone at the start who rides for second place. You never win a championship easily.”

Van Aert only started his cyclo-cross campaign in the Boom Superprestige race on December 4 and included a Jumbo-Visma training camp in his schedule. While rival Mathieu van der Poel (Alpecin-Fenix) was hampered by a back injury, Van Aert got better and better, winning every race he rode apart from the Hulst World Cup on January 2 when he was slowed by a mechanical problem and Tom Pidcock (Ineos Grenadiers) powered to victory.

Despite a great shot at a fourth cyclo-cross world title, Van Aert has opted not to travel to Fayetteville in the USA for the World Championships. He is focused on the spring Classics and is keen to train in Europe rather than fight jet lag.

Of course he wants to end his campaign with another Belgian title.

“I’m going to enjoy my last cross. The campaign went great and I want to close this on a clean note and then turn my attention to the road season,” he explained.

“Next week it will become clear what my road program will look like. Making choices is necessary, such as skipping the Cyclo-cross World Championships. I noticed that last year. It is also important to ensure mental peace. But first I want to grab that tricolour.”

Van Aert completed eight laps of the Middelkerke and then added half an hour of training on the road. He is spending the weekend on the coast with his wife Sarah and one-year-old son Georges. He will travel to Alicante on Monday for Jumbo-Visma’s training camp and team presentation.

“It is a beautiful Belgian Championship course,” he said. “With the beach section, it’s somewhat reminiscent of the World Cup in Ostend. You really dive into the dunes, I think that’s well designed. It is always difficult to get a feeling on a brand new course, but I think this is perfectly fine.

“The wind definitely plays a part and it can make it difficult when it’s a hand-to-hand fight. If you are then in the wheel, you really have an advantage.”