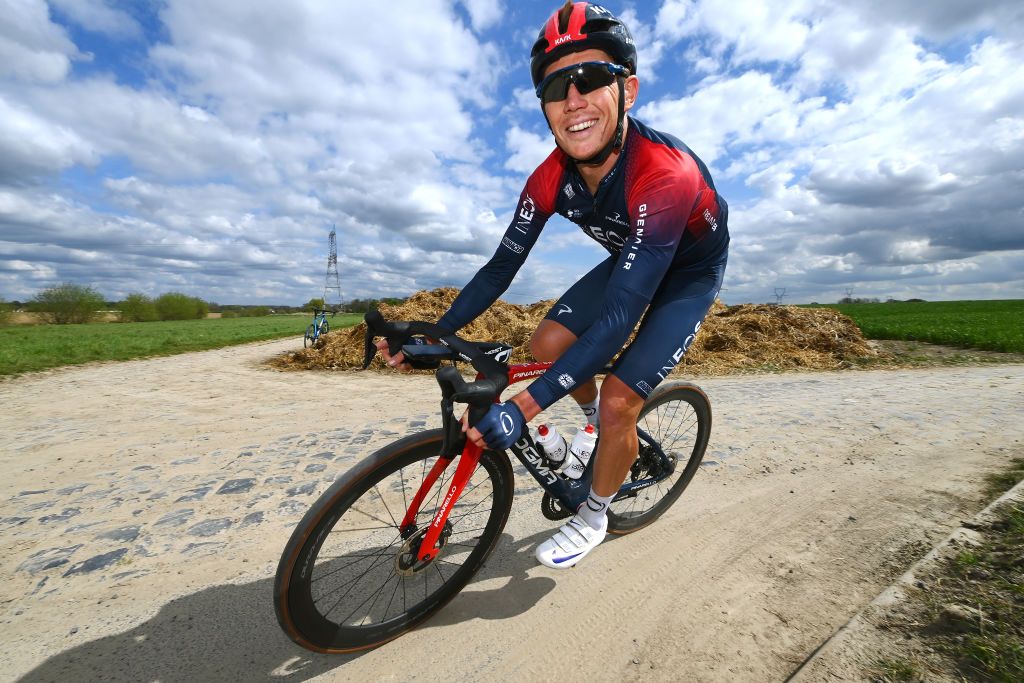 After completing the Unbound Gravel event this weekend, Ineos Grenadiers’ Cameron Wurf argued that creeping professionalisation in cycling’s youngest discipline means that actively combining road and gravel will get tougher in the future, not easier.

The 38-year-old Australian finished 80th in the Unbound Gravel 200-mile race, some two hours behind winner Ivar Slik on a rainy, mud-slicked course in the Flint Hills of Emporia, Kansas.

While a notable number of former road pros have switched to gravel full-time with considerable success – Ian Boswell, Peter Stetina, Laurens ten Dam – Wurf argued that, after his experience, it will be increasingly hard for top road racers to “just drop in” for a spot of gravel racing.

As gravel racing’s popularity skyrockets, the question of where the sport is heading and whether it will or should change in format or character is a regular topic of discussion. As Wurf sees it, the way gravel is becoming more professional makes it increasingly similar to Ironman or triathlon, and the more money that starts to flow around gravel, the more difficult any crossover will be.

Wurf has successfully combined road and Ironman, setting records in races like Copenhagen but says mixing disciplines is not for everyone.

“You’ve seen [road] cyclists go to that [Ironman] and they’ve struggled,” he told reporters, “they’re not doing the sport now. They didn’t last long because it’s very competitive. Ironman – it’s very similar to this, it’s a mass participation sport with an elite category and guys making a very good living. And where there’s money involved, there’s a lot of professionalism.

“So I’ve said all along that guys from the WorldTour won’t be able come here and dominate, because these gravel riders, the guys that specialise in it as the sport becomes more professional, will become very good at it and you won’t be able to just drop in.”

Wurf recognised that there will be, as he put it, “the odd phenom”, citing Wout van Aert (Jumbo-Visma), Thomas Pidcock (Ineos Grenadiers) or Mathieu van der Poel (Alpecin-Fenix) as possible road-racing examples, who might be able to make the crossover to gravel. But they would be able to do that because of their natural versatility and not everybody in the peloton is so gifted.

“Guys with incredible skills and who know how to fix a flat tyre, basically,” he said with a chuckle, “they seem to be the two prerequisites, knowing how to work on your bike, and I’m sure there’s other in the WorldTour with those. But if you’re not there, you could come here and probably have a similar experience to what I had.”

Another discouraging element, he argued, was if that some elements of a gravel race were overly familiar to road-racers, the fame that precedes riders from the WorldTour also add to their potential challenges.

“Guys from the WorldTour won’t want to come and get dive-bombed off a gravel corner, they have to deal with that week-in, week-out in Europe,” Wurf told reporters.

“If it [gravel racing] was more like a Gran Fondo [and] more like the fun element they try to proclaim, it might be a bit different but it’s not.

“These [gravel] guys are very competitive and if European [road-racing] guys come, they’re going to have a big target on their back.”

As for the present, Wurf said he found that the very different racing strategies employed in gravel could also render it more unfamiliar for European road-racing pros and therefore harder to adapt to. Again, the longer the two disciplines stand side by side and the more the performance level in gravel continues to rise, the greater the division.

With the caveat that he was “only at the front for some 80 kilometres,” Wurf argued that coming out of Unbound Gravel, “I think what you’re seeing the depth is increasing. Probaby before, maybe a couple years ago, you could do some accelerations early on and it would probably split up quite quickly. Whereas now 40-50 guys are still there.”

He cites Saturday’s early miles to back his case, saying “it took a hard section, hard climb, a crosswind and then myself and Keegan [Swenson] doing a lot over the top, before it started really splitting up.

“But that was a very hard part of the race and it’s a completely different dynamic to what you get in the WorldTour. There’s a lot of stop-start, whereas in a bike [road] race it’s someone else goes and someone else goes.”

As he points out in gravel, too, there is no team element and “it’s not like that if you are waiting a teammate who can go over the top of you.” But that solo racing ingredient is an integral part of gravel racing, which in turn leads back to the ‘attack-stop-attack-stop’ element of it all.

“I remember thinking 20-30 kilometres it’s much easier racing a road bike because it’s just hard, not this start-stop stuff. If I’m honest, even if I finished at the front I’d have said the same thing,” he concluded.

Where this divergence will take gravel and road and their interaction is hard to say. But in the short-term, Wurf believes, “not everybody [from road] will come,” and increasingly those that do will be those that know what to expect. But in his eyes, as gravel develops, their number, at least as an experimental combination, could dwindle.

SOURCE: CyclingNews   (go to source)
AUTHOR: Alasdair Fotheringham Marshall Opel
All copyrights for this article, including images, are reserved to the original source and/or creator(s).