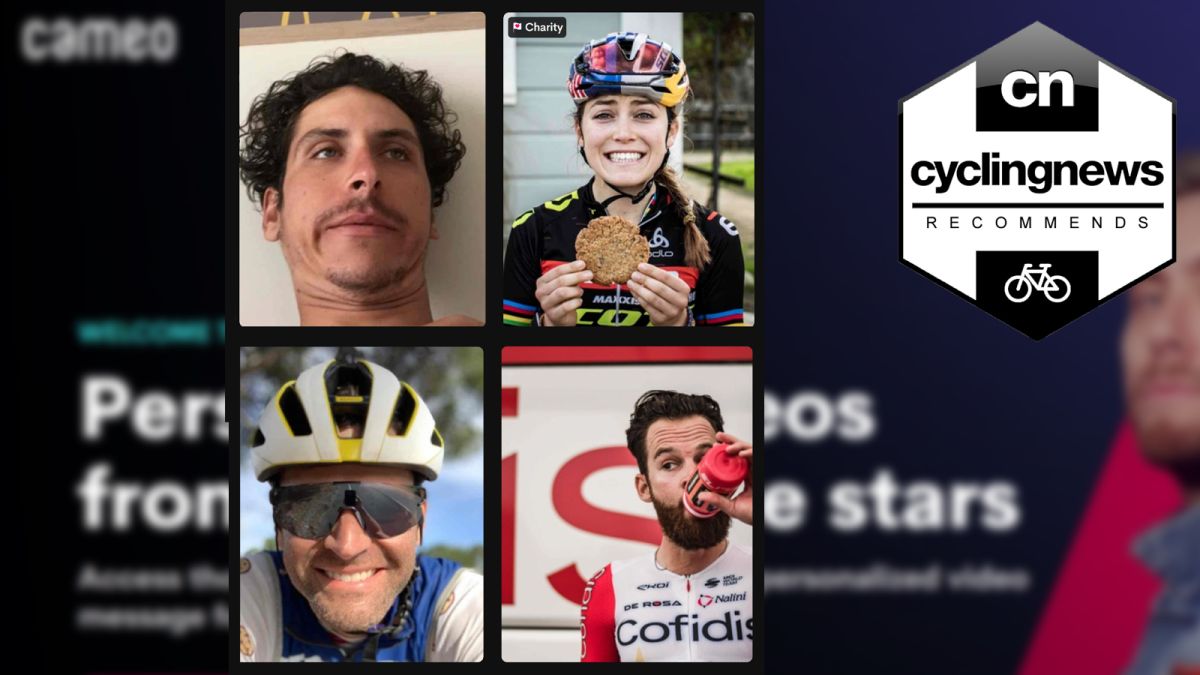 If you’ve scanned all the usual suspects and you aren’t having much luck finding the right gift for the cyclist in your life this Christmas, we’re about to rock your world.

Cameo is a service that connects you with celebrities who are willing to put together a custom video for you. In the context of cycling, that means a collection of current and former pro cyclists who span the gamut from wacky to charity.

We’ve all got that friend that just buys themselves what they want and is impossible to pick a gift for. If you’ve already poured over the 2021 Black Friday bike deals and you feel like you are coming up short, Cameo might be the ticket. There are categories for whatever you think might work but if you want to stick with the cycling theme then you’ll find a page of solid options.

Without playing favourites, there are a few names that stand out. It doesn’t seem like Lachlan Morton actually expects anyone to send him the money, given the comical profile and $1000 fee, but if you’ve spent much time following his exploits on the Rapha YouTube channel checking out his listing might elicit a chuckle.

Philippe Gilbert and Simon Geschke are current WorldTour professionals and look to be taking things a little more seriously, charging $50 and $25 respectively.

If you want to have some fun but also make sure your money goes to a good cause then Phil Gaimon is worth checking out. He is no doubt great on camera and also donates money generated through the site to the No Kid Hungry charity. Speaking of Phil, you might remember World Champion Kate Courtney was once on the channel talking about cookies and you’ll find her among the options as well. Her proceeds go towards The National Interscholastic Cycling Association (NICA).

Josh hails from the Pacific Northwest of the United States but would prefer riding through the desert than the rain. He will happily talk for hours about the minute details of cycling tech but also has an understanding that most people just want things to work. He is a road cyclist at heart and doesn’t care much if those roads are paved, dirt, or digital. Although he rarely races, if you ask him to ride from sunrise to sunset the answer is probably yes.
Height: 5’9″
Weight: 137 lb.
Rides: Look 795 Blade RS, Cannondale Topstone Lefty, Cannondale CAAD9, Priority Continuum Onyx